The central government will offer more support for the Hong Kong Special Administrative Region (HKSAR) during the 14th Five-Year Plan (FYP) period (2021-25), while urging the region to seize new historic opportunities in national development for its long-term prosperity and stability, senior Chinese officials said on Monday.

Ning Jizhe, deputy head of the National Development and Reform Commission (NDRC), said that the country will provide greater support to the development of Hong Kong.

Ning made the remarks when addressing the first of a series of activities on the introduction of the outline of the 14th FYP for national socioeconomic development.

A central government delegation, consisting of officials from different departments including the Hong Kong and Macao Affairs Office of the State Council, the NDRC, the Ministry of Science and Technology and the central bank, on Monday started a special tour to help various sectors in Hong Kong better understand the nation's 14th FYP and grasp fresh opportunities from it.

He called on the HKSAR to seize new opportunities from the nation's development for its long-term prosperity and stability with the implementation of the 14th FYP and the establishment of the Long-Range Objectives through the Year 2035.

As the 14th FYP has once again defined the orientation of Hong Kong's development and provided key policy support, it is necessary for Hong Kong to take further action and develop, Luo said.

Hong Kong's local GDP surged by 7.5 percent year-on-year in the second quarter of 2021, maintaining a rapid pace of recovery after an 8.0-percent increase in the first quarter.

"In the past two years, Hong Kong's economy and society have gone through a difficult period. However, with the in-depth implementation of the national security law for Hong Kong and the improvement of its electoral system, the overall situation in Hong Kong has now stabilized and is progressing well. It is believed that with the support of Hong Kong's continuous epidemic prevention work and a series of national support measures, Hong Kong's economy will continue to recover in the second half of the year," Ning said.

The Guangdong-Hong Kong-Macao Greater Bay Area, with a population of more than 70 million, 10 times that of Hong Kong alone, could be a great starting point for the city to better integrate with the nation's domestic circulation, experts said.

"As an international aviation, shipping and financial center, Hong Kong can give full play to its unique advantages in supply chain management and corresponding services, and further promote the formation of an international logistics development alliance in the Greater Bay Area and Hainan Free Trade Port," Liang Haiming, chairman of the China Silk Road iValley Research Institute, told the Global Times on Monday.

For Michael Wong, chairman of international forwarder M&S International Forwarding, a Hong Kong resident who began to chase his dream in Shenzhen city, Guangdong Province, more than a decade ago, the central government delegation's arrival in Hong Kong to introduce the outline of the 14th FYP is "very helpful for businessmen like us to obtain a deeper understanding of the national blueprint, and better plan our personal and business futures in terms of integrating with the giant plan."

"Although I studied the master plan earlier this year when it was released, I was still not quite clear," Wong told the Global Times on Monday.

"If I had stayed in Hong Kong in the past decade, maybe I would still be a worker sweating for others. Since I came to Shenzhen, to the Greater Bay Area, I was stunned and refreshed by local support for technological innovation and new business models like cross-border e-commerce," Wong noted, adding that he felt a growing sense of achievement and luck by participating in the fast development of the mainland's economy. 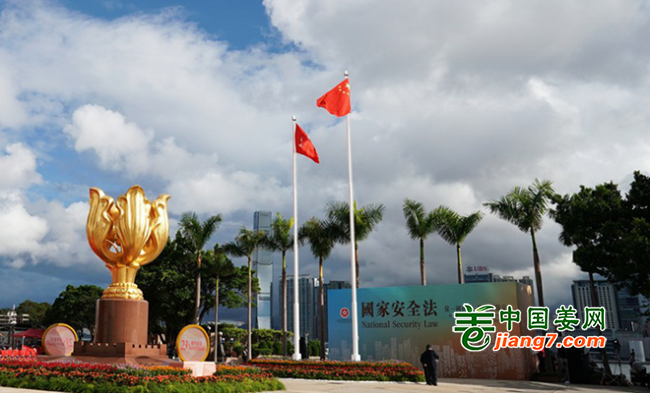